As I mentioned in my last blog, I was preparing to travel. Friday came, I got up bright and early, got ready and left with plenty of time to wait for the coach to arrive at the station. Everything was going according to plan until the coach delays kept increasing. I started freaking out because obviously the chances of me missing my flight were pretty high. I am so grateful for the family I’ve made in the UK, my UK mom came to the rescue and took me to the airport. I don’t know what exactly was in the air because the flight was also delayed, however that worked in my favour because I wouldn’t have been able to check in had it been on time. Anyways despite all the delays and stress… I made it to my destination safe and sound.

My family and I have been spending the holidays  in Austria for the last couple of years. This time my mom and I decided to spend a night in Vienna before heading up to the house the next day. Within walking distance from our hotel was the Vienna Christmas Dream: Christmas market so we decided to check it out. Honestly after the day I had it turned out to be the best way to end the night. 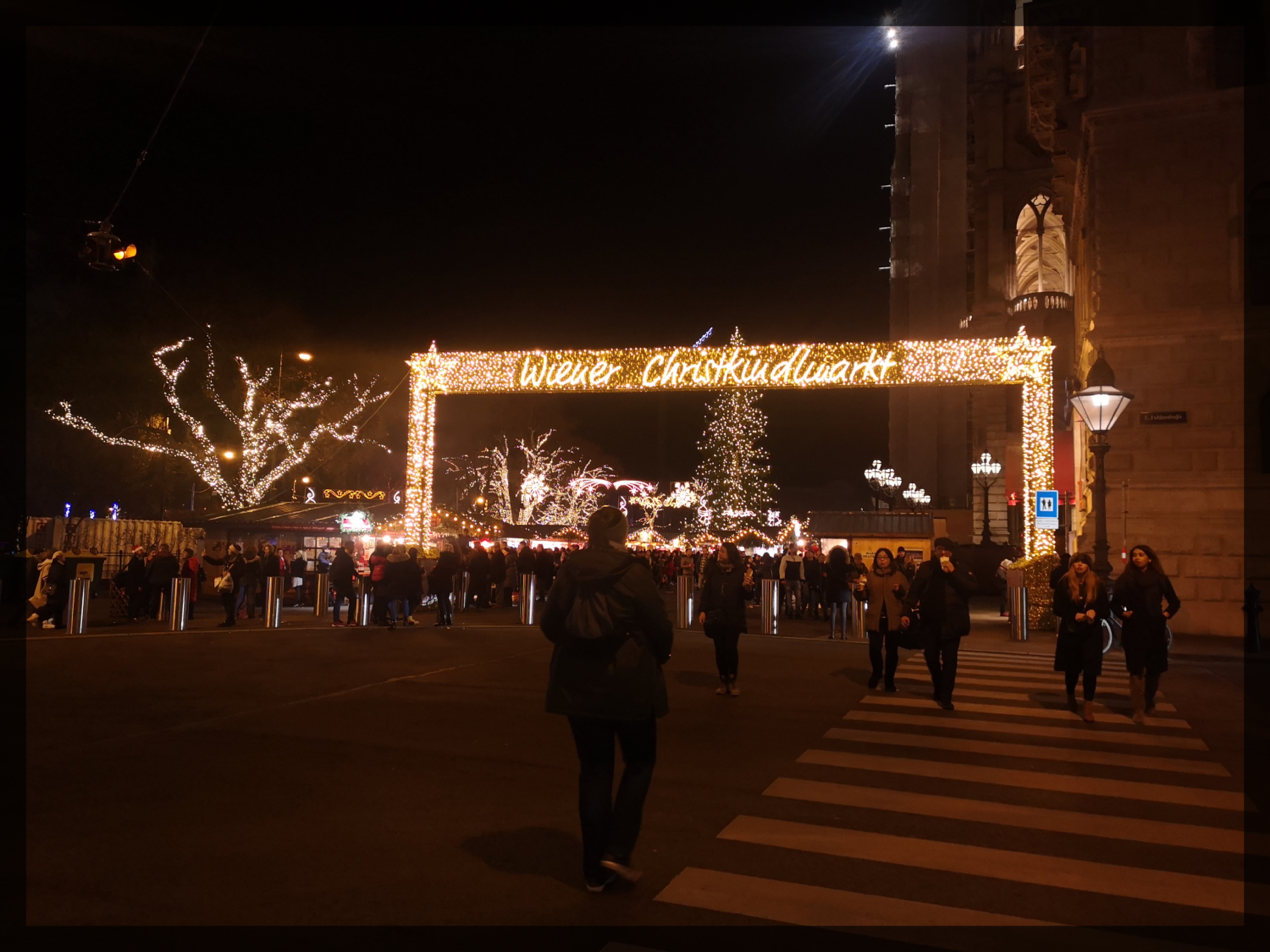 The market was absolutely beautiful.  From the moment you walked in, you could smell Glühwein, fresh crêpes, German sausages and so much more. The beautiful decorations, carousels, photobooth, ferris wheel, ice-skating rink, this Christmas market had it all. We spent the evening sipping on glühwein, taking pictures, visiting stalls, admiring pretty items and plotting which ones to come back too a little later and overall having a blast.

I realised that going to a Christmas market was one of the things I listed on the first Blogmas post, I didn’t think I was going to be able to go to one this year, so this was definitely special. Especially because it only goes on until December 26th, I am very glad we were able to see this. Not only did we have a good time but we also managed to find pieces to add sparkle to our house. I would absolutely recommend going to this market, we went a little later in the evening which I’d say was the perfect time as more people were leaving the market rather than coming in. The market catered for all ages, there was no reason possibility of being bored.

Have you been to a Christmas market this year? How did you like it?

View all posts by Mimmacula

This site uses Akismet to reduce spam. Learn how your comment data is processed.